Out & About Vegan: Convenience Protein Foods 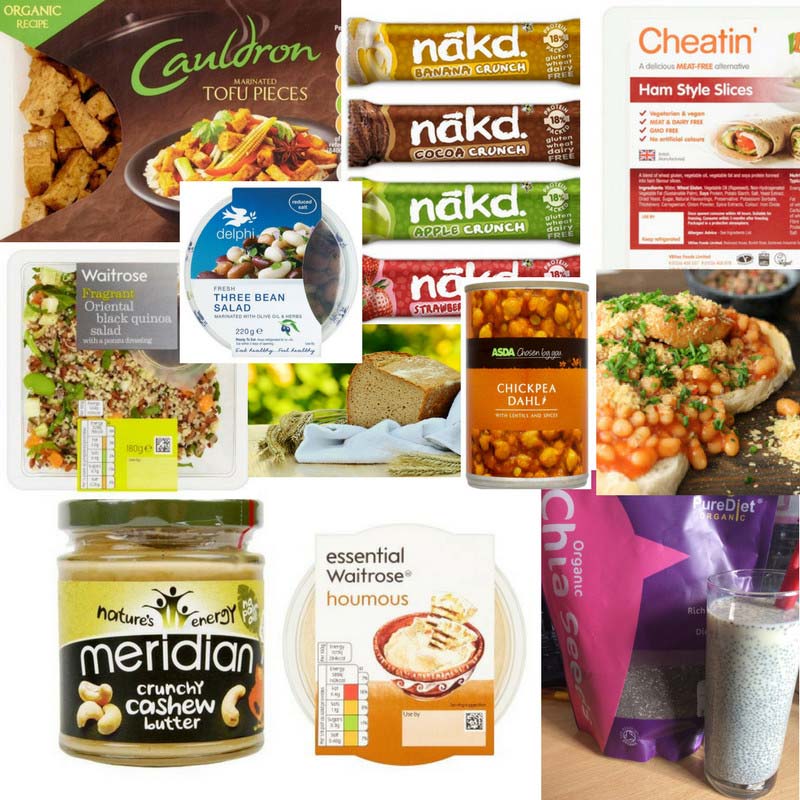 Lots of people worry about getting enough protein on a vegan diet but there’s really no need! A vegan diet provides a plentiful array of protein. Indeed, there are many sports people enjoying the benfits of a vegan diet who certainly don’t suffer from a protein deficiency. They range from body builders to ultra marathon runners, tennis players, football players and everything in between!

Although protein is vital for our survival, we don’t need as much as is commonly believed. Recommended amounts have more than halved in the past 20 or so years and in fact, several chronic diseases have been linked to eating too much animal protein. The good news is that plant protein is much more gentle on our bodies.

In fact, most Westerners eat far more protein than they need. According to leading health bodies such as the World Health Organisation (WHO), we only need about eight per cent of our energy (calories) from protein (Hegsted, 1968; Irwin and Hegsted,1975; Scrimshaw, 1976; COMA, 1991). Even this value includes a large safety margin, so most people’s real needs are even lower.

Put simply, you practically have to be starving to be protein deficient!

It is also important to remember that you don’t need one ‘big fix’ of protein, as is the case with meat-eaters and there is no ‘magic bullet’ in animal protein. Neither does all your protein intake need to come from a ‘complete protein’ such as soya.  Most foods contain protein to some extent, including pulses – peas, beans and lentils – wheat, nuts and seeds, green vegetables and many other things. So a well-balanced plant-based diet is more than adequate. There is no need to food combine at meals either – if you eat a wide enough range of foods in a twenty-four hour period, your clever body puts all the building blocks of protein together for you!

Here are some super easy ways to get your recommended daily amount of protein when you’re out and about!