Why Ditching Dairy is a Very Good Idea! 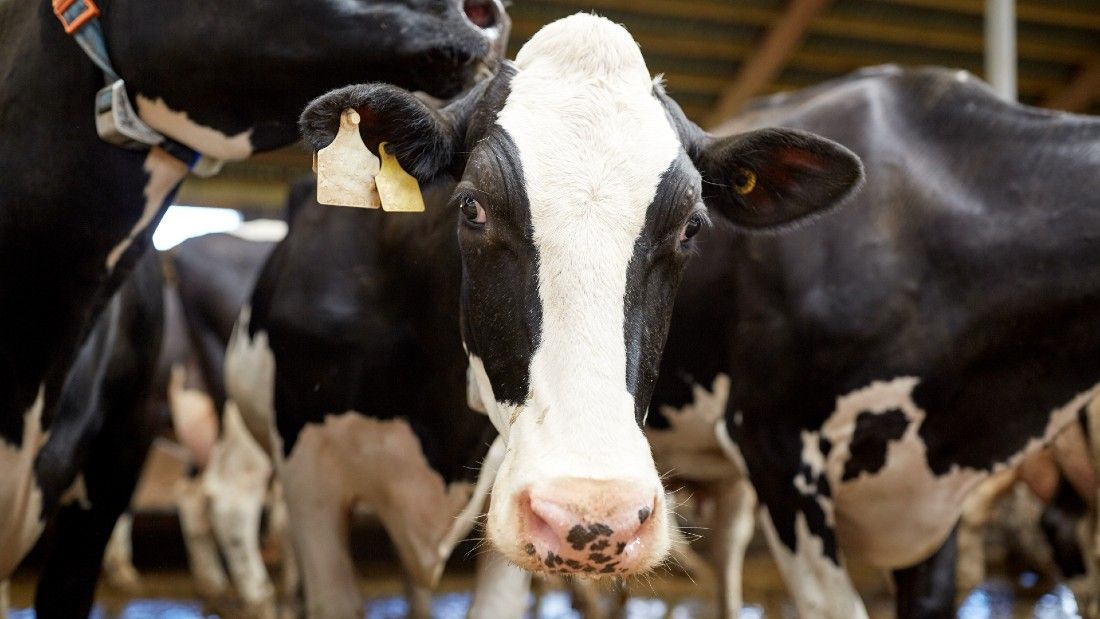 Juliet Gellatley, nutritional therapist, and founder of Viva! looks at the damage dairy wreaks on our health.

‘Hey, what!,’ you may be thinking, ‘drinking milk is just natural’.

Drinking milk is the most innate thing in the world – if you’re a baby and you’re suckling from your mum, that is. Like all 5,000 or so species of mammals on this planet, we have evolved to drink the milk of our mothers until weaned. But we are the only mammal (except those we control, like cats) to drink milk after weaning – and certainly the only one to drink the milk of another species!

If this sounds strange, think how you’d feel if your best friend told you that they suckle from their pet dog or cat. Or even directly from a cow.

The composition of milk varies widely from animal to animal, providing the perfect first food for the young of that species. A seal’s milk is extraordinarily fatty (50 per cent fat) so that seal pups can grow very quickly, depositing a thick layer of blubber that will protect them from the cold. Just as we are different from seals, we are not exactly the same as cows either! It won’t surprise you, then, that cows’ milk is very different from human milk – which is why we mustn’t give ordinary cows’ milk to a baby – it has to be changed into a formula that attempts to replicate human milk.

Did you know that over 70 per cent of the world’s population don’t drink cows’ milk? You heard right, most are lactose intolerant – symptoms include diarrhoea, a bloated and painful stomach and, on some occasions, nausea and vomiting.

Every hour is cocktail hour!

In a typical glass of milk or bite of cheese, there are 35 hormones and 11 growth factors, including IGF-1, oestrogen and progesterone. As two-thirds of milk is taken from pregnant cows, with the rest coming from animals who have recently given birth, levels are sky high.

IGF-1 stands for insulin-like growth factor -1. Even small increases in our levels of IGF-1 increase the risk of several common cancers, including breast, prostate, lung and colon.

Another undesirable in milk is pus (yes, that creamy-green stuff that oozes out of infections)! Milk containing up to 400 million pus cells per litre is legally allowed to be sold for human consumption – even higher levels in goats’ milk.

Worried about your bones? Don’t be, most peoples of the world don’t drink milk and their bones are strong but those who drink the most (in Northern Europe and the US) have the highest levels of osteoporosis.

Every two minutes, someone has a heart attack or stroke in the UK. Heart disease occurs when arteries carrying blood to the heart become blocked. Gradually, they become furred with ‘plaques’ – a thick sludge formed from cholesterol and other substances.

Not cool for kids

Acne (the hormones in milk again), asthma, colic, eczema, ear infections and obesity are all linked to dairy. So is childhood anaemia, caused by milk allergy-induced intestinal bleeding. Childhood diabetes (type 1) is increasing dramatically in younger children; early exposure to cow’s milk and infant formula is a recognised trigger. Type 2 diabetes is now a disease of our children. Lack of exercise and poor diets are to blame. Four-cheese pizzas do us no favours!

Despite relentless claims by the dairy industry, milk is neither the only nor the best source of calcium and even increases bone fracture rates. Beans, lentils, broccoli, kale, watercress, nuts, seeds, soya and other plant foods are better and healthier sources.